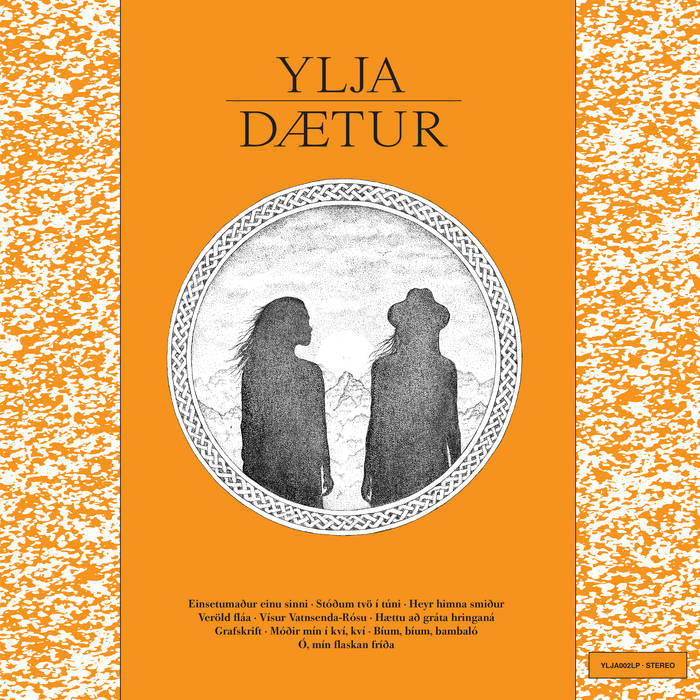 Generally, songs are considered folk songs when they don’t have a known composer and have been conserved and transmitted orally over time, sometimes in different variations and guises. In some instances well known songs or a song by a known composer has transformed and changed in oral transmission over a long period of time and may be considered a folk song in that version or versions. This applies to most of the songs called “the old songs” in Icelandic church singing and es- pecially the songs used for the Passíusálmar, Hymns of the Passion by pastor Hallgrímur Pétursson (1614–1674), published in the latter half of the 17th century. Hallgrímur names the songs he intends to be sung for each hymn and for centuries Icelanders sang those songs, but usually without instrumental accompaniment so they had changed considerably when they were first written down in the latter part of the 19th century, even though the contours of the original tune may sometimes be distinguished in the Icelandic variants.

Many songs on this album are well known and popular Icelandic folk tunes and some of them had been conserved orally for centuries before being written down.

Formal and serious collection of folk music in Iceland started in 1880 when Bjarni Þorsteinsson (1861–1938) pastor in Siglufjörður in the north of Iceland, started his collecting effort. Before that some tunes had been collected and published but Bja- rni’s effort was the most ambitious. Bjarni’s collection Íslenzk þjóðlög (e. Icelandic folk music) was published in 1906–09, funded by the cultural fund of the Danish Carlsberg brewery.

This album includes 10 Icelandic folk songs, arranged by Ylja.
You will also find, for a deeper experience, a short summary describing the story and creative aspect behind each song.
Enjoy.

The folk pop band Ylja was formed in 2008 by guitarists/singers Gígja and Bjartey in Reykjavík, Iceland. With a common passion for vocal harmonies and love for the acoustic guitar, the two friends embarked on a musical journey – always trying to expand and broaden their sense for creativity.

Today Ylja performs as a duet and with various session players depending on the occasion. ... more

Bandcamp Daily  your guide to the world of Bandcamp

Interviews With Butcher Brown and Slauson Malone, plus LP of the week by SAULT.